Just as we have found in the past, having the right tool for the job can be the major difference between you being able to turn a foreign-sounding subject like drilling square holes into a more conceivable and ultimately achievable goal. This is the same when it comes to pen making. 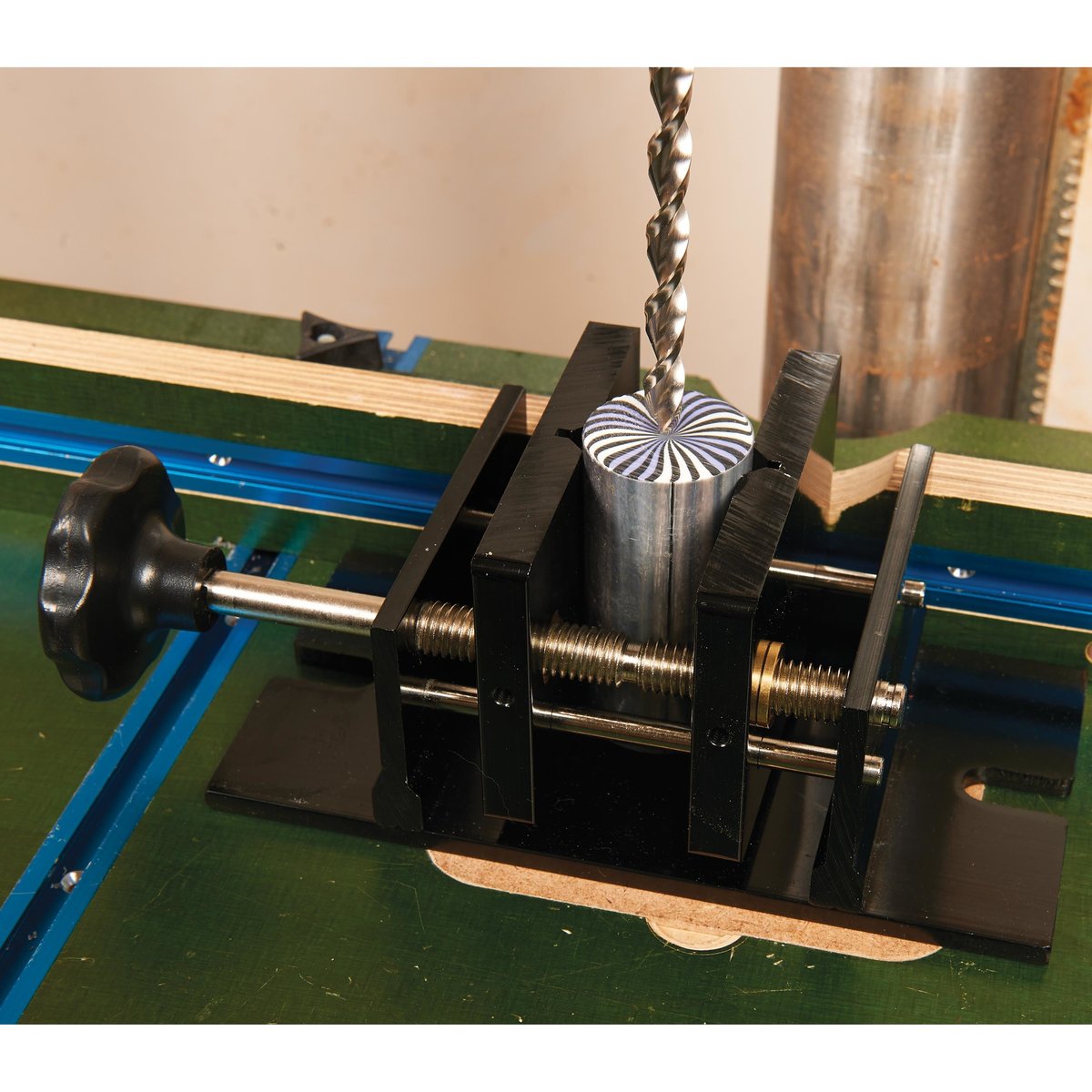 As we have explored in the past, pen making is a hobby that mostly comprises of using your lathe to turn the square blanks into the cylindrical marvels we used to write with. Many operations which are included in successfully making a pen can be done at the lathe. This includes drilling the necessary channel for your pen internals. However, since we are traditionally accustomed to drilling from the top, and since not all our pens are made to be perfectly cylindrical, we may need another tool or jig to achieve this.

The WoodRiver® Pen Blank Centering Drilling Vise makes drilling centered holes super easy. Centering a bit on a pen blank and keeping it firmly in place while drilling a hole is one of the most important parts of pen making. This vise simplifies the procedure because the vise faces ride on a knob-controlled set of two heavy threaded bolts and two smaller rods. Simply clamp the pen blank, set it up under the drill bit, and clamp the base. The center you now have will work for every subsequent pen blank, no matter what its size, up to 38mm square. The aluminum vise parts are mounted on a heavy aluminum base, which is drilled with a through-hole to prevent damage to drill bits. This vise helps reduce waste from off-center pen blank drilling.

Below is a video of how this vice is used: